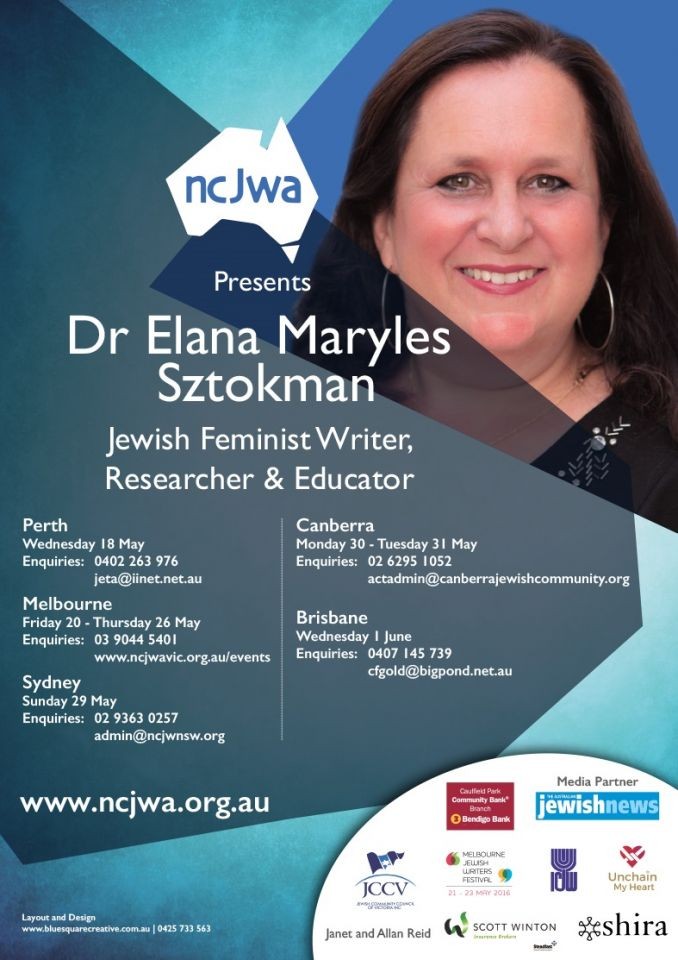 Here is an excerpt of an essay I wrote for the ABC Religion and Ethics column in advance of my NCJW Scholar-in-Residence tour of Australia that commences next week:

There are some strange things happening around the world when it comes to gender. And I'm not just referring to the Queen of England driving around the Saudi prince in a Range Rover, just to prove that women can drive.

The current American campaign is likely to be a race between the Neanderthal and the feminist, or between Donald Trump and Hillary Clinton. In this bizarre reality, there currently seem to be roughly the same amount of people who believe that it is time for a woman to be president as there are those who believe that women are merely valued for the perkiness of their breasts.

It is difficult to reconcile this dual reality, what I call the Clinton-Trump paradox. How can it possibly be that two completely oppositional views about the status of women have equal weight in the public mindset? Yet, this is the reality not just in the United States but in many places around the world.

These two trends seem to coexist - one being a drive to advance women's economic and political opportunities, and the other a drive to send women back to the Playboy mansion.

I see this paradox here in Israel, where I have been conducting research on gender issues in society for over a decade. On the one hand, there have been some interesting strides towards gender equality. The Knesset has a record 32 (out of 120) women legislators - a steady increase over the past 20 years - including many powerful feminists who are dedicated to advancing gender equality. Israel has had a female Supreme Court justice, a woman heads the Bank of Israel, and Israel was one of the first countries to have a female prime minister (although that was in 1969 and hasn't been repeated).

The army, a notorious bastion of militaristic male machismo, has opened up many interesting roles for women - and in fact remains the only country in the world where all 18 year old young men and women have mandatory conscription.

Israel has some of the most progressive feminist legislation in the world: mandatory 14 week parental leave, free state-funded child care from age three, a prohibition against firing pregnant women, and far reaching laws against sexual harassment. And interestingly, to its shame and credit, Israel is the only country in the world where a former president is sitting in jail for crimes of rape. It's a shame that a president can be a rapist, but enormous credit that he was caught, tried, convicted and treated just like every other sexual predator.

On the other hand, many indicators show Israeli women falling behind. Women make a paltry 66% of what men make - a figure that hasn't moved significantly in over thirty years, placing Israel at seventy-first in the world out of 135 countries on the World Economic Forum's gender index of economic equality (Australia ranks fourteenth in economic equality, and twenty-fourth overall). Although Knesset representation is high, on the local level women's political level is appalling with only six women mayors for 256 municipalities. And there are only three women out of 22 cabinet members, a far cry from the 50% women of Canadian Prime Minister Justin ("because it's 2015") Trudeau.

Tweet
Tags:
ncjw clinton-trump paradox women in Israel
A story about a woman finding her voice
68 facts about gender and equality in Israel

Women shaking up elections in Israel