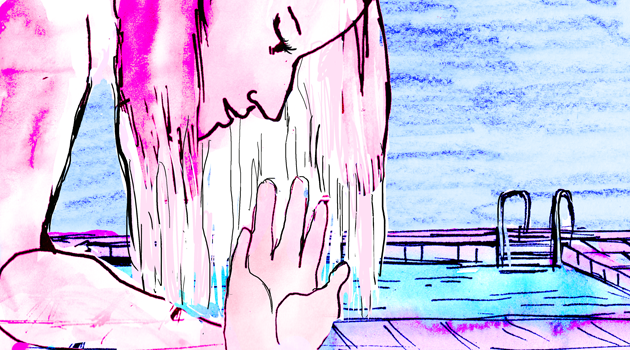 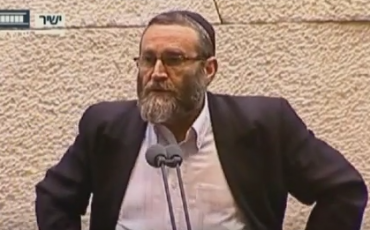 lior zaltzman The Israeli government – currently in the midst of various financial crises like a  doctors’ strike  and a  revolt by municipalities  protesting major cuts to education – has miraculously found 10 million NIS for something that until now has never really existed. That is: non-Orthodox mikvehs. The new initiative to create non-Orthodox ritual baths is the result of a compromise of sorts in which ultra-Orthodox lawmaker  Moshe Gafni , who heads the Knesset Finance Committee, pushed through his “ Mikveh Law ” that gives municipalities the power to ban non-Orthodox Jews from immersing in state-funded mikvehs for their own personal use. The bill is a disaster, another act of zealot control over who gets to convert to Judaism and over who gets to decide who the gatekeepers of the Jewish people are – only this time the debate takes place over the uncovered bodies of the most vulnerable members of the tribe at their most delicate, intimate moment.   YouTube Israeli lawmaker Moshe Gafni The idea that the state – any state – should be passing bills about any of this is outrageous, a violation of basic rights to privacy and the privacy of spiritual practice, and a huge stain on the State of Israel. This new jolt of funding for this new thing called non-Orthodox mikvehs, which comes from the Prime Minister’s Office for Diaspora Affairs is meant to be a salve for Jews of the world. After all, it seems to be acknowledging the legitimacy of non-Orthodox conversion. And it is real money for real facilities, which is always nice. But this actually might have the opposite effect. It is a way of marking and denoting non-Orthodox Jews as officially “other”. There is currently one mikveh in Israel that is considered by the state to be “not Orthodox” – that is, the mikveh in Hannaton run by Rabbi Dr. Haviva Ner David. Although she has a doctorate from Bar Ilan University on the Jewish law, or_halakha_, of mikveh practice and has Orthodox ordination as a rabbi, these credentials are not recognized by the state as giving her authority to run a mikveh. Read the rest at The Forward:  http://forward.com/sisterhood/347527/why-israel-funding-non-orthodox-mikvehs-is-a-step-forward-and-backward/
Tags:
mikveh haviva ner david hannaton non-orthodox conversion moshe gafni
Tweet