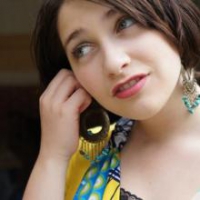 A new Facebook group that I started last month for Orthodox feminists exploded this week over, of all things, the issue of men’s empowerment.

A young Orthodox woman and columnist from Atlanta named Eden Farber posted a very upset update about a recent event in her parents' modern Orthodox synagogue -- a “Man Seder”, an all-men’s event boasting beer and steak to help prepare men for the task of leading the seder. The Facebook group, which is called, “I’m also fed up with the way women are treated in Orthodoxy” (currently nicknamed “FedUp”), is exactly the right place for such discussions about events and practices that harbor an overly gendered Judaism. The group is for people like Eden who are grappling with women’s exclusion and silencing, people who are trying to figure out how to promote social change in their homes and communities.

Many of the 800+ members responded to Eden’s post similarly with a lot of anger and feelings of betrayal – “It is a men's club for ages”, wrote one woman; “What the hell is the point of turning religion into the he-man woman haters club? Is this Judaism or the Little Rascals?” wrote one man. Others attempted to understand. One woman wrote from Atlanta, “It just so happens there are far more opportunities for women than there ever were before, and it's only progressing. Just because a shul is supportive of women's initiatives, though, doesn't mean men can't have a social gathering to promote camaraderie. If they want to get together to eat steak and drink beer that shouldn't be threatening to any of us as Modern Orthodox females.”

Apparently this entire conversation got back to Atlanta. After all, it’s an open group – a setting that continues to be debated in the group as we decide if we are a kind of support group or more of a public forum for advancing social change. Some people of Atlanta have been very upset by this conversation, which I understand. Rabbi Adam Starr, the young rabbi who ran the event, is a lovely, open-minded, pro-women rabbi who has brought life to the community and advanced new initiatives for women, including a monthly women’s prayer group that, by the way, was instigated through tremendous efforts of Eden Farber. Some people are upset that the rabbi is under public attack for doing what is deemed a wonderful service for the community. I totally get that, and I feel his pain for sure.

Still, I think that this debate raised a really important issue of men’s empowerment and men’s privilege. The underlying power dynamics were highlighted on the blog of a man defending the men’s seder, under the name of “Chopping wood” – perhaps a hint that this is a space for idealizing retrograde images of male muscling. The blogger not only mocked the whole notion that Orthodox women may be legitimately upset about gender issues in Orthodoxy, but defended the men’s seder for precisely the reason why so many people found it upsetting – i.e., that the purpose was to help men, who are leading the seder anyway, be better at it, thus reinforcing men’s ritual and communal power rather than deconstructing it.

I deeply admire and respect Rabbi Starr, and fully agree that he’s doing wonderful things in Atlanta for women, and I think that this initiative comes from good intentions for providing spaces for men to explore religious identity. That said, I would like to explain why I think a Men’s Seder for Orthodox men is a problematic idea, good intentions and all.

The idea, it seems, emerged from observing the power of “women’s seders” and wanting to provide something like that for men. But there is a huge difference between the two. The women’s seder, a feminist tradition that began in the 1970’s, came about as a response to women’s exclusion and silencing in the world of Jewish ritual. In order for women to actually be heard, they needed to create an all-women’s space, absent of men, where women would be free to express themselves. Orthodox men do not have that problem. Synagogue is an entirely male-dominated event, from men leading every part of the service, to men counting, to men performing rituals such as blowing shofar, to men teaching, to men sitting as president. The seder was the only space women had where they could touch and express Jewish ritual. For Orthodox men to want to imitate the women’s seder without addressing this underlying power dynamic misses the entire point.

There is a good reason why some of the women were particularly upset that such an event would take place around Passover. There is no holiday where women’s disenfranchisement and servitude is more pronounced than Passover. Traditionally, this is a holiday when women slave away in the kitchen for weeks and then men get to sit down like kings and lead while women silently collapse. Certainly these roles have eroded as more men help in the kitchen and more women speak up at the seder. But the roles have not given way completely – as evidenced by wood chopper’s assertion that the whole point of the men’s seder was to provide more tools for men who are already leading the seder. So an event that reinforces this painful gender divide pours salt onto women’s millennia-old wounds.

The event also came from observing the success of the Men’s Seder in Reform Judaism over the past decade. But that, too, is not a helpful model for Orthodoxy. Men in the Reform movement are increasingly disengaged, and do not have any ritual spaces that are all-male. That’s why the men’s seder is enticing and important for them – it answers a desire for a male-owned ritual space, which the Reform movement recognizes as valuable to an extent but unfair when implemented as the universal practice. Orthodox men, on the other hand, don’t have those issues. They are neither disengaged nor powerless. Orthodox men have an entire lifestyle that caters to their needs for all-male-dominated ritual life. The Men’s Seder is thus a misplaced effort to provide exclusive privilege to men in a space that is already dripping with male privilege.

Certainly all-men’s spaces can be a great thing – the fact that 70 men came to this speaks to the fact that men need some bonding time. It’s also why the “Kiddush club” is often more popular than the service: men are seeking connection and relationship with other men, and clearly this event answered that need. But those spaces for male-bonding should not be events that reinforce ways in which women are already excluded. Put differently, Orthodox men don’t need empowering all-male spaces for Jewish ritual. The entire religious community provides that. Men need spaces to unpack the power dynamics of gender. A men’s class on parenting or cooking, in ceramics or Israeli dancing, perhaps, or even just a support group where men can talk openly and freely – places where men can enhance their soft sides and open themselves up to real connection while deconstructing what society expects of them, rather than places that reinforce the stereotypes that a man needs a steak and a beer to be a real man.

I’m a little sad that there has been such a furor around all this, but women’s pain is real – especially around Passover – as is men’s need for connection. And we cannot dismiss people just because they are “angry”. On the contrary, the more we dismiss people who are hurting, the more hurt they will become, and hence the more angry.

The Orthodox world needs leaders who are willing to hear that, even when it’s expressed in its natural state of frustration and “fed up”-ness. It is not women’s pain that is tearing the community apart but the unwillingness of leaders to empathize with that pain.

I believe that this is the lesson from all this: The Orthodox community needs leaders who are ready to lead with the heart. Only that can bring healing, social change, and peace.