Maybe Not Such a Good Girl: Book Review 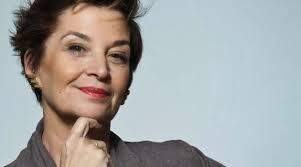 [crossposted from The Jewish Week]In the many communal conversations about shifting Jewish identities and trends -– swelling ultra-Orthodoxy, burgeoning indie-groups, religious escapees, religious returnees, denominational switching and more –- one of the missing narratives is of those who leave religion but then come back in another way. It’s a version of Jewish identity that requires years or decades to truly understand and appreciate, and may apply to thousands of Jews, though we wouldn’t know because such a trajectory does not (yet) have a name. It’s a story about those who leave their religious lives because of abuse or tyranny or a need for freedom and independence, yet still cling to aspects of the heritage that they never really intended to leave behind. It is a story of longing and pain that holds up a mirror to the complexity of Jewish life

This is the story that Susan Reimer-Torn tells in her beautifully-written memoir,“Maybe Not Such a Good Girl: Reflections on Rupture and Return” (Blue Thread Communications). It is a story that spans forty years and an oceanic divide. It is an evocative and intricately-woven narrative about a free-spirited, dancing Orthodox teenage girl who escapes the confines of her strictly unbending father’s house and creates a new, completely secular Jewish life in France. Yet during that self-imposed exile, the author never escapes what she calls sehnsucht, a soul-yearning. Her Saturdays in France are filled and yet empty. She discovers that there was something in what she shed all those years ago that she wants back.

When Reimer-Torn finally returns to New York after 22 years, she finds herself seeking out a Jewish experience that will fill those aching holes in her spirit. She begins attending services at Bnai Jeshurun (BJ) on the Upper West Side, as well as a lunchtime Talmud class in a skyscraper in midtown. She expertly weaves together the textual learnings, childhood memories, current experiences and deep reflections on meaning, identity and relationships. Her writing is artistically mastered and redolent, and the reader feels the sehnsucht along with her.

“I come to BJ services dragging my weighty baggage: In the beginning there was total childhood devotion, then reckless adolescent rebellion,” she writes. “After fierce loyalty and spiteful betrayal, can I possibly come to the center? After all that has come to pass in childhood and adolescence, might I now cobble together such a thing as a happy Jewish adulthood?.... What exactly are the risks? Some part of me is drawn to this midlife wager, while another is deeply suspicious. Then there’s another part of me — cautious, observant, curious and baffled — that has agreed to go along for the ride.“

The bible, the midrash and the Talmud all come alive around the pains of relationships and childhood hurts. During the journey, in which we meet a whole cast of colorful characters, some alive and many no longer, Reimer-Torn develops a relationship with biblical scholar Avivah Zornberg, and she describes her classes and their conversations over coffee. In a discussion about interpretations of the biblical Joseph story, Zornberg asks her, “Can you forgive your father?” Reimer-Torn, who is a professional coach and hypnotist as well as a writer, responds to Zornberg’s challenge by writing a series of buoyant midrashim around the characters of the biblical Ruth, the Talmudic Beruriah, and some other unnamed Jewish women. These texts are rich and enchanting, and it seems to me that perhaps her next work might well be a book of original midrashim.

The midrashim that Reimer-Torn pens are also reminders that much of her experiences with the religion as well as with her family of origin have to do with gender. Her yearnings for freedom are in many ways a consequence of the particular expectations on Orthodox girls and women. One can imagine Reimer-Torn as the kind of girl who loved to dance, to think, and to freely explore the sensual experiences that the world has to offer. Yet, although there is nothing in those interests that necessarily must conflict with Jewish life, in practice when Orthodox girls like her are raised in a way that stifles these expressions, the choice often becomes either or: either be religious, or feel alive. It is no wonder that Reimer-Torn, like so many others, chose the latter.

In spite of these choices, the vital contribution of this book is that free-spirited girls who are turned away from religion and/or their families of origin may end up losing a piece of themselves in the process, making their lives more painful than they had anticipated. Reimer-Torn’s struggle to reclaim the part of her identity that she did not want to relinquish serves as a cautionary tale to the rest of the community – to grown-up girls, to parents, to educators and to community leaders – to be extra compassionate to these girls and women. There has to be a way to cultivate free-spiritedness in girls and women and to create spaces where women’s sensuality and passions are welcomed and nurtured.  Even though her story began so many decades ago, I’m not particularly convinced that the issues that caused her so much pain for so long have been resolved – especially not in the Orthodox community, but perhaps also in the rest of the Jewish world.

This book is captivating reading, especially for those interested in finding a road back into Jewish life after escaping an abusive past. It is a call to Jewish communities to be places not only of worship but also of healing relationships and old wounds.

Passover, women, and the cleaning competition

Do women support women as leaders?

Gender and education at Galus Australis