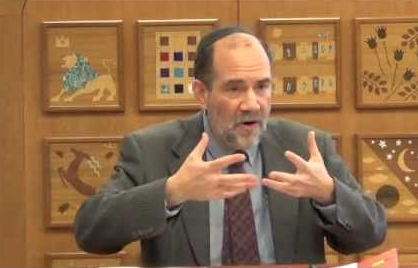 Many members of the Jewish community are scratching their heads these days about the seemingly bizarre decision by the board of the Riverdale Jewish Center to keep on Jonathan Rosenblatt as their communal rabbi despite significant evidence that he has been acting inappropriately in his leadership role. To be fair there are people like Dr Steven Bayme who, according to the New York Times , decided that they cannot morally justify staying in such a synagogue, despite four decades of commitment, and for that they should be commended. And yet, despite what seems like an obvious history of violations of some basic moral and Jewish tenets, the board is retaining Rosenblatt, making victims of sexual abuse and their allies question the ethical backbone of the entire Orthodox community.

In fact, though, we should not be so surprised by the support that Rosenblatt has gotten from some of his balabusim and some of his peers. There is a long list of sexual predators and other Torah offenders who have received enviable support even as their sins come to light. Motti Elon, for example, who was convicted of sexual assault against his male students, has a strong following in Israel and abroad, and is frequently invited as a lecturer around the country. Marc Gafni , another long-time sexual offender, is considered a celebrity in many places, while his offenses barely find mention in his bio or on his Wikipedia page (“Best-selling author” it is). Michael Broyde , whose bizarre crimes of fraud were not sexual but nevertheless far out of the bounds of Torah, seems to be leading a new minyan of followers. And while Barry Freundel is largely condemned for his outrageously hurtful crimes of mikveh voyeurism, he had many vocal supporters before the undeniable evidence against him came to light, and many voices of support during sentencing – including Orthodox machers and pundits declaring, “It’s not rape” and therefore he should have gotten a much shorter sentence.

It is not only in the Jewish world where high-profile sexual predators find high-profile support. It has taken dozens of testimonies of women and several decades before anyone began taking seriously the allegations against Bill Cosby – and he still has some major celebrity supporters. Accusations against Dominique Kahn-Strauss were dismissed by some of his peers with a jovial, “Everyone knows he likes women.” And in fact all we have to do is look to the Supreme Court where Clarence Thomas has been sitting silently for over two decades despite powerful testimony about sexual harassment against him. It seems as if it is often easier for men in positions of power to wiggle out of accusations of sexual abuse than it is for victims to be believed.

This dynamic has a lot to do with bystander phenomenon. As Judith Herman wrote in her trail-blazing book “Trauma and Recovery,” all that abusers need from the world is passivity in order to continue abusing. Intervention, which benefits the victims, is much harder to receive than passivity. The default position of the observing world, of standing and doing nothing, is all the abuser really asks for.

Seriously, 92Y - You Might Be Ready For Ari Shavit’s Come Back, But We Aren’t (or, why Jewish orgs are still hiring admitted sexual predators)

What I Posted on Facebook About the Freundel Case

When are sexist jokes part of a culture of sexual abuse?

Voyeurism and the Yeshiva Girl

Thanks for sharing the great blog,i appreciate your thinking and writing attitude.

0
Thanks for sharing the great blog,i appreciate your thinking and writing attitude.
Cancel Update Comment

I think keeping on Jonathan Rosenblatt as their communal rabbi is not a good decision, they must re-consider this.

0
I think keeping on Jonathan Rosenblatt as their communal rabbi is not a good decision, they must re-consider this.
Cancel Update Comment

I like all these questions and I guess that will be nice to solve some problems of Jewish centre. Your information made me follow your site.

0
I like all these questions and I guess that will be nice to solve some problems of Jewish centre. Your information made me follow your site.
Cancel Update Comment