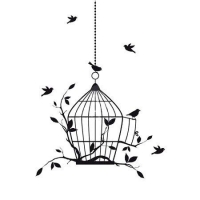 My decision to become a reform rabbi is apparently newsworthy. It was reported in a whole bunch of Jewish papers -- Forward, Times of Israel, JTA, Ejewishphilanthropy, and a few others. Most of these articles covered the story from the angle of Orthodox feminism to Reform, as in the Forward headline, "Former Orthodox Feminist Leader Now Studying To Be Reform Rabbi". It sounds like I'm a former KGB agent defecting. Like a vegan suddenly becoming a spokesperson for Kentucky Fried Chicken. Like a Mac user buying a PC. Shocking!

This has a lot to do with the way Reform is presented in Orthodoxy. It is that enemy thing. Indeed, one Orthdoox woman who is trying to arrange a Simchat Torah celebration for women in her synagogue told me that her rabbi opposes women even holding the Torah because if women start doing that, they will become Reform. I said, I feel like I've become the cautionary tale. First women want to be part of the synagogue ritual, and then what? OMG they may decide to become a RABBI!

Of course it isn't that way. Putting aside for a moment the gender double standard -- that is, men who want to be more engaged are celebrated while women are feared -- this whole attitude to the movements is misguided at best.

For one thing, the way that Reform is presented in Orthodox discourse is wrong. Reform isn't the enemy of Judaism, or even the enemy of halakha. Reform is, as I keep saying, the big tent. It is also the movement that places compassion first. Neither of these negates Torah. They are completely legitimate and beautiful ways to interpret Torah.

Moreover, if an Orthodox woman is disillusioned by her religious practice and is already marginalized and slipping away from communal life, then I would say it is much better for her to decide to take an active role in Reform Judaism than to walk away entirely. This decision is my way to step inside the community -- deep inside, as it were, completely enmeshed -- rather than, say, become Buddhist, or just a completely disconnected Jew.

Miriam Shaviv, in a pained and honest response to my news, wrote about her own feelings of being disengaged from her community. In her oped in The Jewish Chronicle, she wrote that reading my news felt like ,"watching a caged bird fly the coop." She added that "part of me was jealous",  because after 20 years of fightihng for a greater role for women in synagogue, she feels "the same tiredness" that I expressed. She wrote:

"When even the smallest issue is an ongoing, uphill battle, it wears you down.Every time a rabbi tells you, 'Yes, it’s halachically allowed, but no, it’s 10 years too early'… Every time you hear, 'Yes, it’s halachically allowed, but my Board won’t let me'… Every time you arrive at shul to discover that the women’s section isn’t open… Every time a shul Board member makes a misogynistic comment… Every time the shul acts like it’s doing you a massive favour on Simchat Torah, because they’ve given women a Torah scroll to dance with… Every time the rabbi says from the pulpit that 'every Jew' is commanded to do this or that, when you know full well he only means the men… Every time you have to justify why you want to participate in your own religion… It takes it out of you."

This essay should be mandatory reading for rabbis and communal leaders.

So Miriam Shaviv is not becoming a Reform rabbi right now. She is staying in Orthodoxy. But we are hardly on different "sides". In fact, I think we are on exactly the same side, despite the titles. The title doesn't matter. We share values and ideals and are working towards the same thing: women's engagement in Jewish life.

In fact, I would like the Jewish community worldwide to rethink these fault lines altogether. The way we divide ourselves denominationally has become arcane and archaic.  This is what i wrote in my reponse to Ms. Shaviv in the JC:

I am not switching “sides”. I am redrawing dividing lines. These denominational delineations are becoming increasingly irrelevant, reflective of an archaic value system about hierarchy and control and not of Torah.  Today, I see the world with a whole different set of dividing lines, not only in Judaism but in humanity in general. There are two kinds of people in the world, those who live by compassion, and those who do not. That is all. And we do not have to look far to see where the absence of compassion takes us. We are seeing the outcomes of fear, judgment, and blind hatred every day.

I am not a cautionary tale. I am building bridges and reclaiming my place in Jewish life.

Tweet
pinterest
Tags:
flying the coop miriam shaviv Orthodox feminism reform judaism the JC
Women dropping out of shul
Being joyful is not a commandment; It is a life ha...