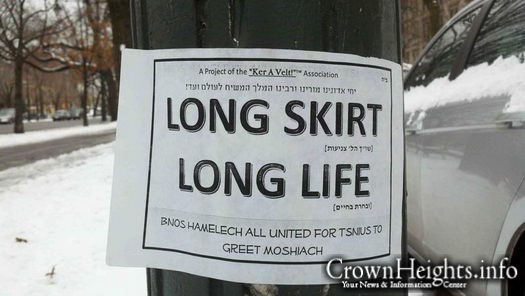 Read an excerpt of our new book, Educating in the Divine Image, at The Eden Center blog: "The concept of “modesty” as it is often promulgated has lost its essential meaning and been crudely twisted, manipulated and misused. What once referred to a spiritual demeanor, an internal, personal quest for growth, a framework for building kind and compassionate relationships among people in which no one person claims a high and mighty stance among her or his peers, has evolved into something else entirely. Today, when rabbis talk about modesty or “tzniut”, there is only one issue they have in mind: women’s bodies. "The misuse of this vital concept is not only unhealthy for women, who have become the objects of an almost obsessive religious gaze, but it is also terribly harmful to the religious Jewish community. The gaze on the female body has deprived the religious world of the discourse around the true meaning of modesty, a profound spiritual loss which threatens the very essence of religious practice. "Instead of talking about modesty as spirituality and character, we end up hearing about the lengths of women’s skirts and sleeves.  All around the Orthodox Jewish world, religiousness has become synonymous with women’s dress. The length of the skirt, sleeve or neckline is used like a measuring stick of religious identity – the more skin is covered, the more “religious” the girls (and their surrounding communities) are believed to be.  In fact, it is taken quite literally in some cases: one Jewish community recently came out with an actual “Tzniut Ruler”, to be used by girls measuring their skirts around their knees…."   Read the rest here
Tags:
tsnius ruler modesty gender in jewish education sex education
Tweet
4020 Hits
0 Comments 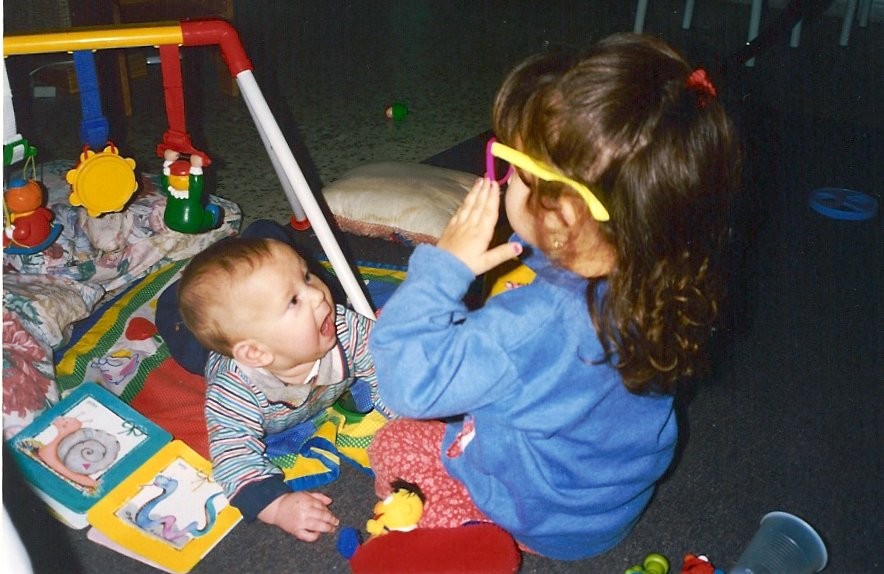 Excerpt from Elana's op-ed in The Jewish Week "When my daughter was in kindergarten, her teacher decided that it would be nice to get mothers more involved in the class. So she invited us to what she thought would be a fun evening with a stylist who specializes in teaching people how to set their tables more elegantly. I made a futile attempt to explain to this lovely young woman why a women’s-only evening to teach proper table-care was throwing women back a generation or more, and that, by the way, fathers are parents, too. The teacher could not comprehend how something as innocuous as a get-together for table-setting mothers could be taken as offensive, and I eventually dropped the discussion rather than reduce her to tears. Clearly, this was her first encounter with some basic ideology of the movement for women’s equality." Read the rest here
Tags:
day schools educating in the divine image gender in education jewish education
Tweet
4305 Hits
0 Comments

Yesterday was “boy-girl” day at my daughter’s school. What does that mean, exactly, you wonder, as I did when the news arrived home? Turns out, it is part of the Purim lead-up week, when every day the school has another dressing-up theme, like the less-charged “pajama day” or “face paint day.” The school this year instituted a day when boys dress up like girls and girls dress up like boys.Now granted, the school may have found inspiration for this misguided idea from the many adult men who have dressed up as women over the years. When I was doing my research on partnership synagogues, one of my interviewees told me that I should write about how at his synagogue one year, no less than six men dressed up as women, and that in his opinion that says something about the men who are willing to pray in an egalitarian way. Presumably he was implying that a man dressing up like a woman is more in touch with his feminine side, whatever the heck that means. Or maybe that he just likes women. Or maybe he thinks that in the partnership synagogue, a place that pushes gender boundaries, it’s okay for a man to test his secret desire to go trans. However, it is telling that you don’t find many women dressing up as men (except for specific-costume men, like Charlie Chaplain). Women don’t dress like men because there is nothing odd about becoming a man. Pants and shirt, you’re done. It’s not so interesting. But the whole lipstick-scarf-skirt thing is, indeed, like putting on a costume. Many women put on this costume every day. I can imagine why it seems like fun for men. I can also understand why, as a daily routine that actually involves plucking, waxing, squeezing and brushing, putting on the real “woman costume” isn’t always as fun or painless as it seems. Read more: http://blogs.forward.com/sisterhood-blog/152219/#ixzz1no3Ci5wi
Tags:
barrie thorne Gender and education partnership synagogues purim costumes
Tweet
4893 Hits
0 Comments

When the Jewish school asks mothers to get educated about "styling"

While my son’s religious yeshiva recently invited mothers to an evening of mother-son learning, my daughters’ mixed-gender school decided to hold an event for women that revolves around “styling.” The flier reads: “Dear community chaverot (meaning either female members or female friends), you are invited to a unique evening on the subject of ‘Style Together’ ….” Some apparently famous fashion writer/stylist will be lecturing on the subject of “How to use fashion to transmit social messages,” followed by tips on dressing for image and personality or whatever. The flier is brightly adorned with silhouettes of tall skinny young women wearing flared mini-dresses and high heels, with flowers in their hair. How fashion sends social messages, indeed. I can imagine the protests already, before I’ve even started explaining why this is so upsetting to me: What’s the big deal? It’s just a fun evening. Don’t we all want to dress well anyway? Isn’t this useful information? Practically every school has fashion-show fundraisers, so how is this different? Come on, why are you being such a stick in the mud? This is why people say feminists are too serious. Let women have their night out. It’s just a night for women to get together and bond — like going for manicures (Suddenly midrash manicures don’t look so bad — at least they have a midrash component). The reason why this is all wrong is because the evening is being billed as an opportunity to teach women how to do life better — and it’s all about appearances. Once again it is gendered. It’s an event teaching women to equate success with our bodies. The message is that despite all women’s achievements, despite our attempts to be valued for our minds, to be treated as equals politically and economically, to do away with sexual harassment and abuse, to get the world to see beyond the thinness or sexiness of our bodies and made-up faces and respect us for our spirits and intelligence, here we are, reverting to the age-old message that our value in this world is a function of our knees, our shoulders, our sensual poses, our smiles. Bat those eyelashes, ladies, swing those hips, dress for success….(Insert image here of me with an open mouth and a finger pointing to the back of my throat). This is just backward! The message is so retrograde that I feel like I’m an episode of “Mad Men.” I mean, we might as well have Betty Draper here teaching us how to get what we want without getting a single crease or smudging our mascara. Read more: http://blogs.forward.com/sisterhood-blog/146458/#ixzz1dyPcD66O
Tags:
gender messages in Jewish education mad men PTA
Tweet
5386 Hits
0 Comments

At the risk of creating another line in the sand between feminists, I am going to weigh in on the midrash manicure thing. This phenomenon is, in my opinion, a new low in girls’ Jewish education. I cannot even believe I’m writing an essay that has the words “midrash” and “manicure” in the same sentence. This is a serious regression into some of the most damaging ideas about how girls learn.

Feminism has no doubt transformed Orthodoxy over the past three decades. Women have gone from begging to hold a Torah on Simchat Torah to holding their own services, to creating partnership synagogues in which women take active roles alongside men in running the service. It’s not only about women learning Talmud, but also about being acknowledged with proper titles for the roles — from religious leaders who argue cases in the rabbinical courts to the most recent breakthrough of calling women (almost) rabbis. Gender roles in Orthodoxy are rapidly being redefined in homes, communities and synagogues, where men and women share the tasks of preparing for Shabbat and educating children, leading prayer and giving a D’var Torah. The list of changes goes on, and it’s all quite exciting.

Elana Sztokman
JewFem Blog: Gender Issues in Education
When Professor Ada Yonath, the bubbly, animated scientist with Einstein-like hair as well as intelligence, received the phone call several days ago informing her that was shortlisted for the Nobel Prize in Chemistry, she thought someone was playing a joke on her. “I said, ‘Yeah, right, so should I make an appointment for the hairdresser now?’” she recalled at the press conference this week. “As you can all see, I did not make that appointment,” she laughed, with a wonderful gleam in her eye. Yonath’s prize for discoveries about ribosomes is cause for celebration, especially for Jewish women. It gives her a place not just in the annals of human history, but also in the hearts and diaries of countless girls.
Continue reading
Tweet
5501 Hits
0 Comments

I would like to take a moment and question the obvious: why is 8:01 the hour of crime? Why is it that what is acceptable at 7:59 becomes the cause of all kinds of punishments and consequences a mere two minutes later?

I did something recently that I should have done years ago: I called Mrs. Morello.

Anna Morello, teacher par excellence for over 35 years at Hunter College High School on Manhattan’s Upper East Side, is one of the most gifted and skillful educators I have ever encountered. In 1990, when the city was offering teachers attractive packages for early retirement, I was Mrs. Morello’s last student teacher. Almost everything I know about how to educate comes from Mrs. Morello.