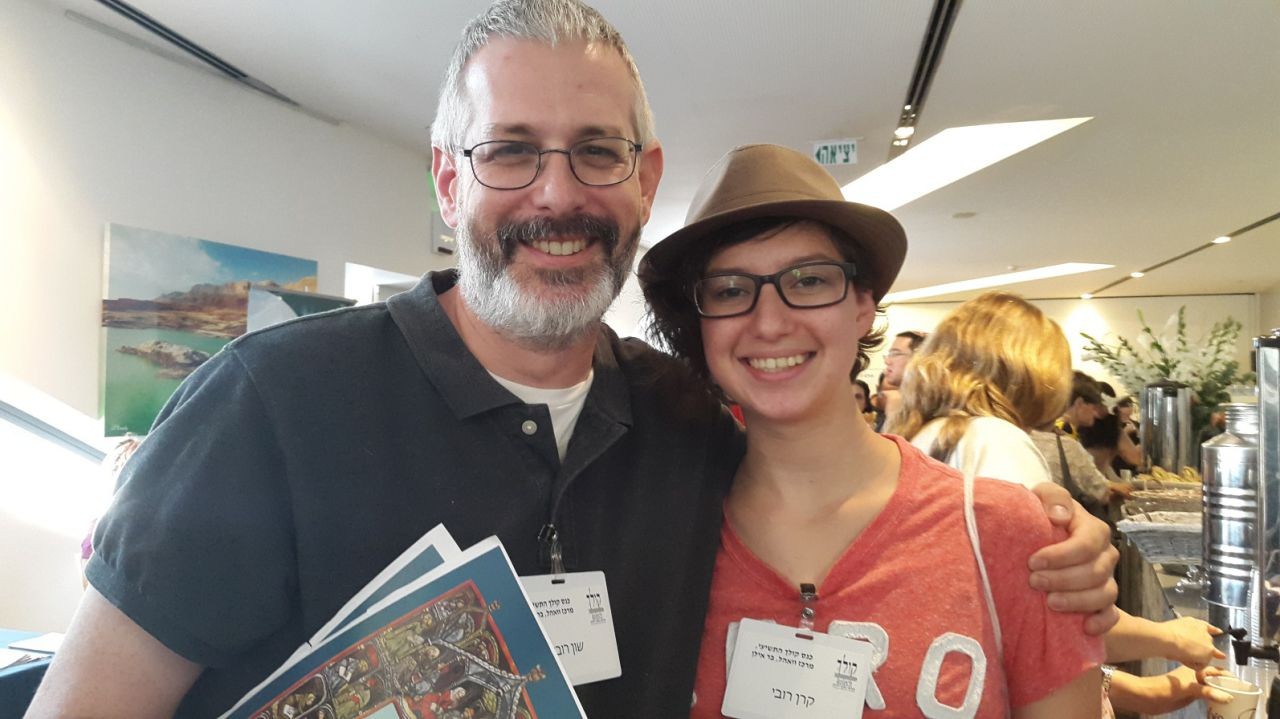 There was a sense of subdued determination among the 450 people swarming the halls of the Wohl Conference Center at Bar Ilan University during this year’s Kolech conference. Some of the attendees had been coming to Kolech conferences for years, while others had not been born when Kolech, Israel’s premiere religious feminist organization, was established in 1998. Still other Orthodox feminists told The Times of Israel they did not attend the July 13 event because it was no longer necessary for them to be there. However, judging by the range of topics covered, the unapologetic perseverance driving Orthodox feminism today leaves no stone unturned and no stained-glass ceiling unshattered. The lives of Orthodox Jewish women have changed dramatically in a relatively short period of time. Just six years ago, no Orthodox women had received rabbinic ordination, only a handful of “partnership minyanim” (Orthodox synagogues that promote women’s inclusion) existed in Israel, sexual abuse was still largely swept under the rug, and Jewish lesbians were still a small and mostly unseen community. In fact, at the 2009 conference, participants were surveyed about what title they would theoretically give a woman rabbi – rabbanit, rabba, and “important woman” were all on the list. The title of “maharat” had not yet been invented: Back then, it was all still hypothetical. READ the rest at Times of Israel
Tags:
kolech Orthodox feminism partnership minyan LGBT women rabbis
Tweet

“Men come to the partnership synagogue for a whole host of reasons, the overwhelming majority of which have nothing to do with feminism.” - The Men’s Section The Men’s Section is about the men’s side of partnership minyanim in Israel–their reasons for joining and their difficulties after joining. The author was clearly distressed by her own findings, which even I admit were surprising. Partnership minyanim are generally seen as being the “next step” to equality and gender balance. Admittedly, her research is Israel-centric, but one thing was clear: men weren’t joining out of a sense of feminism. In fact, what we know as the ideal of feminism was actually one of the difficulties men had with the minyanim! Many of the men interviewed reported that they didn’t feel a sense of community in their old shuls, or they felt an emotional disconnect, or that they felt constant pressure to be perfect (the “man-on-man gaze”), or that they were dissatisfied with the hierarchies. Note that none of this has anything to do with women. In fact, many of the problems reported by men were with the women–that they had their own incorrect “women’s trope,” or that they didn’t come on time. The fact that women were never taught the trope as meticulously as men were wasn’t discussed, and as Sztokman observed, women were expected to prepare meals for shabbos, and take care of the children, and still show up on time and stay throughout the service. She found that these men will let women into “their space” via the partnership minyanim only if they are willing to abide by the same rules by which the men were socialized. The irony is that these are the very rules and patterns that the men hoped to escape by joining these minyanim. Sztokman shows they are replete with the same social hierarchies that one might find in any mainstream Orthodox shul. Feminist deconstruction of gender and manhood was not a concern, and it seemed as if the women were there as sort of an afterthought. In fact, when one of the members had a non-egalitarian member of his family come in for his son’s bar mitzvah, many of the members argued that they should rescind women’s leadership positions. As one woman said, “we all fix things up in our home before the mother-in-law visits. How is this any different?” It was obvious that, as strange as it seems, egalitarianism wasn’t a very pressing item.   Read more here: http://jewschool.com/2013/02/17/30144/men-being-nice-another-look-at-partnership-minyanim/
Tags:
The Men's Section Orthodox Jewish men partnership minyan Jewschool The Be an Orthodox Man Box
Tweet