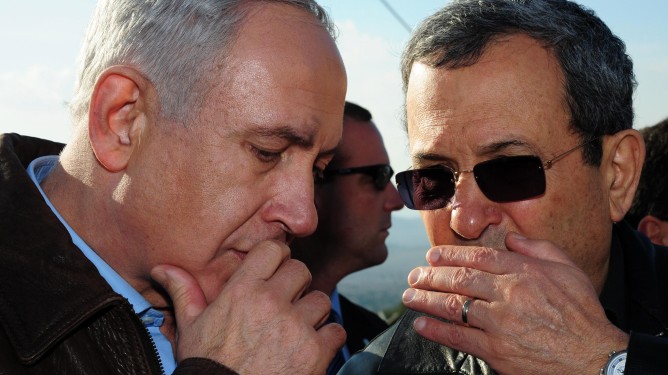 Here is a quick round-up of the #MeToo movement in Israel from the past few days:* Alex Giladi, the head of Keshet, has been accused of rape by at least two women. In a very Harvey Weinstein-esque description, women were apparently told that if they want to get a meeting, they have to speak to "it" -- he would say this while standing naked in front of them. So we know what "it" is. Anyway, Giladi hasn't denied this, and has "stepped aside" from his current role but has not suffered any consequences of these revelations. * Haim Yavin, the famous news anchor, has been accused of making similar propositions to Neri Livneh. Haim Yavin has that same "clean cut" image that we have seen in other alleged sexual predators, the Bill-Cosby type of father-figure style that makes people reluctant to believe he would do such a thing. * Ehud Barak apparently helped Weinstein cover up -- not literally, but figuratively -- his actions by connecting him with the Mossad. What does it tell us that Israeli security agents were being used to help a rich rapist, with zero interest in the victims? There are layers of patriarchy here and we have only begun scratching the surface of what this means. * Gabi Gazit has been accused by Dana Weis of sexual harassment, where he would kiss her on the lips without permission. He has not denied these allegations and in fact sort of bragged that "One day, people will be telling stories about me from 45 years ago." This was actually just 15 years ago.  * Yoram Zak of Big Brother (a Keshet production....) would routinely send the women on his staff explicit sexual notes and comments, like an entire email all about the erection he had because he thought about how beautiful they all are. The emails don't lie. As opposed to the others here, he has apologized and said that he is embarassed by what he wrote then and has changed. He says he understands now what he didn't understand then, that this is wrong.  * MK Yael German has joined the ranks of the testimonies by sharing that she was sexually assaulted by her gynecologist.  * The late Tommy Lapid, who everyone knows was crass and gross -- though some considered those qualities endearing in the man -- has been posthumously accused of attempted rape of journalist Sylvie Keshet in London in 1063. His son Yair points out that we can't ask the father what really happened. True. So we'll just leave this there.  * An unnamed senior executive in the tax authority sexually harassed his colleagues and was fired for "medical reasons" rather than face the consequences.   If I missed a story on this, please share so I can add it.  To stay up to date on these stories, follow the Gender-in-Israel-List on Facebook#GamAni
Tags:
alex giladi gamani harvey weinstein metoo sexual harassment
Tweet
3574 Hits
0 Comments