Tefillingate: Why women must be allowed to make our own spiritual decisions 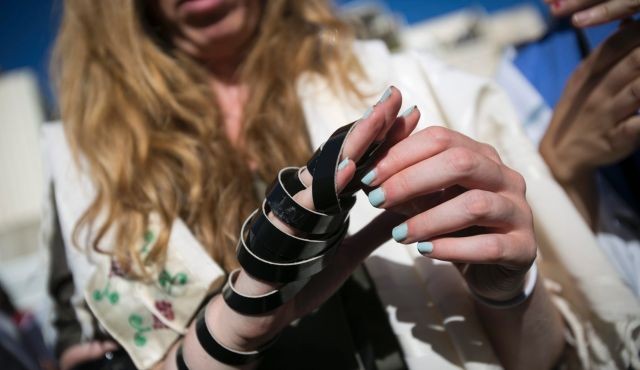 Weighing in about the tefillin-and-girls firestorm in an op-ed at Ha'aretz:

"No Jewish man has ever been subjected to this kind of examination and ownership. No man has ever been told that he is not “sincere” enough to put on tefillin – to wit, Chabad rabbis all around the world chase Jewish men begging them to wear tefillin, even if only for ten seconds, with nary a passing thought about whether they will ever do it again. Comparing the treatment of men’s “motives” and women’s “motives” around this commandment highlights an awful violation of women’s inner sanctity. It’s high time for the religious community to eliminate this language of women’s motives from its public discourse once and for all."

And another gift today, a glorious poem from Elke Weiss