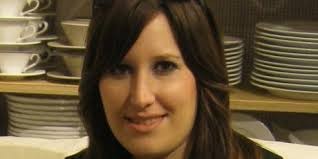 “How to reduce an outstanding professional woman to a sex object.”

That should have been the headline of the article in this week’s Forward which Tuvia Tenenbom interviewed Racheli Ibenboim, an up-and-coming Jerusalem politician who happens to be a Ger hassid. It was supposed to be a profile, but the leering interviewer apparently could not contain himself and it turned into an embarrassing and intrusive peep show.

Before explaining why this interview represented the slimiest element of voyeuristic journalism bordering on sexual harassment, I would just like to tell you who Racheli Ibenboim is. I feel that need to describe her as a person because Tenenbom, in what was meant to be a profile of her, completely neglected to do so.

Racheli Ibenboim is a 28-year-old executive director of the Meir Panim charity organization that, among other things, runs soup kitchens providing over a million meals a year to the needy and homeless. This is a huge operation with a NIS 40 million annual budget. I would have been really interested to hear about her work and her views about issues such as, say, poverty in Israel, social activism, or how she came to be a leader at such a young age.

In case this isn’t a big enough task, Ibenboim ran for the Jerusalem municipal council last year, number three on the Jerusalem Home party list. This is particularly impressive considering that in all of Israel there is apparently only one haredi woman currently sitting on a municipal council – Shira Gergi in Safed – and in fact women generally have only around 15% representation on municipal councils and less than 2% representation in positions of leadership in local politics. So even though she did not actually make it into the council, she is clearly on the path of breaking barriers. To wit, the haredi community must know that Ibenboim is a force of nature because she received a series of threats to pressure her to pull out of the race – yes, actual threats to her person and her family, threats of “excommunication” which is a big deal in the religious world. So she pulled out. Can’t say I blame her.

Her election campaign would have been an interesting topic to ask her about as well: How does a haredi woman decide to break convention and run for political office? And how do you grapple with real threats like that? What insights do you have about the future of Israel and the dynamics of religious power in politics? I would have loved to hear a real interview exploring some of these issues. These are actual stories.

But that’s not what we got. Instead, we had this Tenenbom guy (Who is he anyway? Why do we even allow creeps like this to even be in the same room as powerhouses like Ibenboim?), who could not get past sex. Over and over again he asked her about her sex life, about her wedding night, about “technicalities”. Ew, ew, and ew. Tenenbom, go get yourself a little booth on 42nd street, pay your quarter, pleasure yourself, and leave us out of it.

Women shaking up elections in Israel

A Kidnapping That Made Israel Into One Family