Gender and education at Galus Australis 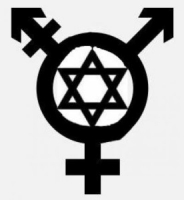 One day several years ago, I walked into my year-7 Jewish Studies class with a shofar in hand. It was a few days before Rosh Hashana and it seemed like a great idea to engage students in the holiday practices by giving them all a chance to hold, feel, and try to blow a shofar on their own. When I walked into the class, however, I was in for a shock. As soon as the shofar got passed to a girl, some of the boys in the class began yelling. “She can’t touch that!” they asserted. “Girls are not allowed to touch a shofar!” It took me a good half of the lesson to reason with them and explain to the class, even though almost all of them are not religious (not even the boys arguing with me) that there is nothing wrong with girls and women touching or holding a shofar.  Since they had never in their lives actually seen a woman blow shofar, they simply assumed that such a thing was expressly forbidden, at all times and under all circumstances. Gender exclusion from Jewish ritual became the assumed correct norm, regardless of their own practice. So what was meant to be a fun and innocuous lesson for the New Year ended up being a battle to help some students unlearn everything they had been taught about gender and Jewish life.

We are all filled with assumptions – conscious or otherwise – about correct gender behavior. Ideas about how women/girls and men/boys are meant to act are transmitted from the earliest of ages. Abundant research over the past 20 years has shown that people talk differently to boys and to girls. We tend to applaud boys for being innovative and adventurous while we praise girls for being sweet, caring and helpful. We abide boys boisterousness under the catch-all motto that “boys will be boys” while we castigate girls for much of the same acts. In schools, these practices are exacerbated. In class, boys are called on more often than girls; boys are given more response time than girls; teachers look at their watches more when girls are talking; boys are allowed to interrupt more, including interrupting the teacher and interrupting girls; boys dominate small group work, science labs, computer rooms, chess clubs, and more.  It’s as if schools unintentionally promote two different models of an ideal graduate, one for boys and one for girls. Certainly no school would ever say that out loud, but we all know the power of the hidden curriculum. Sometimes the unintended messages are the most powerful of all.

READ THE REST AT GALUS AUSTRALIS

Maybe Not Such a Good Girl: Book Review

Passover, women, and the cleaning competition