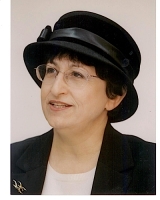 Adina Bar Shalom, the oldest daughter of the late Rabbi Ovadia Yosef, founder of the Haredi College in Jerusalem that has 1000 students – mostly women – gaining professional skills to enter the Israeli workforce, writes in today’s Yediot about the quiet feminist revolution taking place in the haredi community. Here is my English translation of her column:

Every woman has a natural, quiet strength. So, too with haredi women, who have to be very strong in order to deal with life’s challenges. As such, she is able to grapple with the roughest problems and come out empowered. Anyone who is capable of living in “normal” society, going out to work, while maintaining the strict as well as the lenient [of Judaism] is a hero.

The haredi feminist is different from the secular feminism. Even though she doesn’t use the term “feminist”, she definitely wants equal rights, but as long as it does not contradict the Torah. A haredi woman is not interested in competing with her husband about anything, just to prove that they are equal. There are things that he is better at, and there are things that she is better at. Just like an expert in biology would not argue with an expert in chemistry, and vice versa.

Haredi society is in a very good place today, and progress has reached us as well, and helps us. The gates are already opened, and progress cannot be halted – for better and for worse. Our challenge is to maintain boundaries with open gates. Today, whoever wants to can learn anything. In the past, there were no frameworks or appropriate tools for haredi students – so we didn’t go [to college, presumably -- EMS]. Today, there are haredi frameworks everywhere. True, we are still at the beginning of the road and there are still uncertainties and we don’t always know what’s for us and how to choose. But this train has already left the station.

Personally, I am very happy when people who go out to get a secular education choose the academic route rather than professional training, since the academic route brings greater success as well as intellectual development. I certainly want to see haredi intellectuals. Why not? Why shouldn’t haredim lead in academia? I anticipate that in ten years’ time, the lecturers in the haredi (and even non-haredi) institutions will be haredi scientists, researchers and deans -- haredi men and women. Some of us have to sit in the world of Torah, to look for new interpretations and to write and to lead the people. But even those who are unable to do that in the world of Torah – I would like to see them do that in the life of this world [as opposed to the life of the World to Come -- EMS].

Collaboration between these two worlds will bring partnership in all areas. When we will have haredi scientists, haredi business owners, and haredi hi-tech endeavors, this collaboration will be a victory in all areas. Whoever goes to law school, for example, sees Attorney Yaakov Weinrot as a model and sign of success. So there will be more Weinrots, more scientists, and with God’s help one day a haredi Nobel Prize winner, and even a haredi woman who will win all kinds of prizes in any field.

I remember how I came to my father, may his righteous memory be blessed, and I told him sadly that we have a high drop-out rate – some 50% -- because they have no English skills. My father understood that we have to put the State’s core curriculum into our elementary schools. He did not understand why our schools do not teach English, and he said to me, “It’s too bad that I didn’t learn English”. That is the right combination: Torah and Jewish law, uncompromisingly and as much as possible, alongside a drive for knowledge and excellence, and the inclusion of women everywhere that it is appropriate, as much as possible.