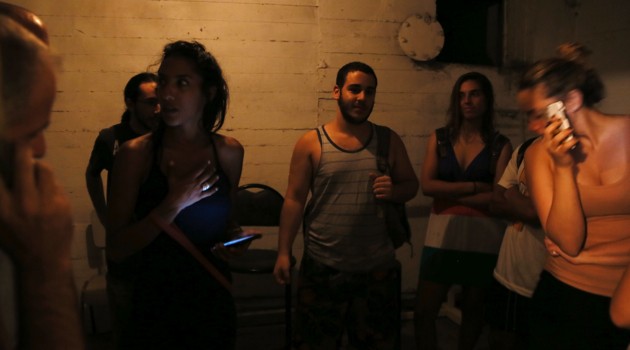 While people all around Israel have spent the past two weeks scrambling for cover during rocket attacks, it seems that in some places, only men’s lives are considered worth protecting. In the Ashdod rabbinate building, the bomb shelter has a sign on it reading “For men only,” and women who happened to be in the rabbinate during recent raids were not allowed into the bomb shelter. Thus reports MK Stav Shaffir, whose staffer happened to be at the rabbinate this week when all this was taking place.

Orit, an Ashdod resident who was also in the rabbinate this week with her husband, told Yediot Ahronot about the “insult of trying to impose gender segregation on us even at times like this,” and her shocked discovery that the “women’s” shelter was just a regular room, with windows and plaster walls and no indications of protection from rocket attacks. Her husband added that gender segregation has reached “insane proportions, and are now at the point of risking women’s lives. The rabbinate is basically saying that it’s important to them to save men’s lives, but women can die or pray or hope for a miracle. It’s just unbelievable”.

Read more: http://blogs.forward.com/sisterhood-blog/202200/israels-mens-only-bomb-shelters/?#ixzz38vz3kEI7
Tweet
Where Are the Women Leaders in Wartime?
Publisher's Weekly gives The War on Women in Israe...