The War on Women in Israel: Round-up 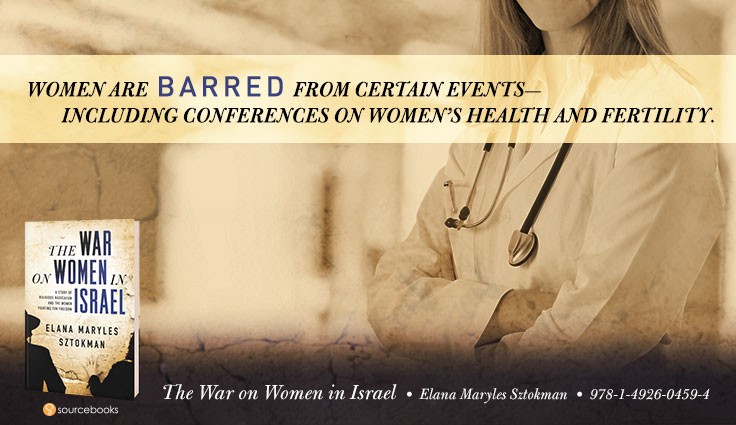 I haven’t written in a while about the war on women in Israel, but that’s not for lack of news. Unfortunately, this week alone has seen a whole bunch of new fronts against women. Here is a quick round-up: [Links are in blue]

For more on the War on Women in Israel, check out my book by that title, now in paperback.

Tags:
war on women in israel ban on women drivers
On sexual abuse by rabbis
Voyeurism and the Yeshiva Girl

More posts from author
Thursday, 04 March 2021 Unwanted touch, negiya, sexual assault, and the Cuomos of the world
Sunday, 28 February 2021 TWO DAYS till my new book launch!
Tuesday, 02 February 2021 How lockdown is affecting my relationship with my body
Sunday, 31 January 2021 Conversations with my Body: Now on sale
Thursday, 28 January 2021 Amy Coney Barret and Me: Thoughts on women who uphold the patriarchy

Notes from my book tour: My first Barnes and Noble book signing!