Why I'm Shocked and Inspired by Kids4Peace 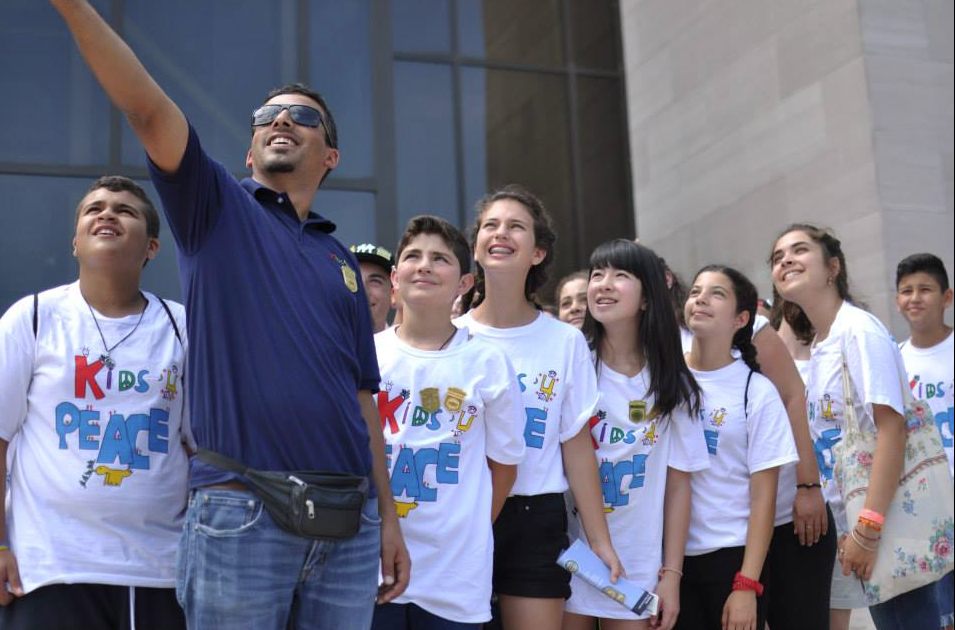 Cross-posted from The Forward Sisterhood.
Last Thursday, at a meeting of parents of Kids4Peace, I had a remarkable experience that both shocked me and inspired me. It’s unique Jewish-Muslim-Christian camp for residents of Jerusalem and its environs, in which my daughter participated last summer. Over the last year, the children have met regularly and their parents have met simultaneously in adjoining rooms. It has been an eye-opening experience, a powerful reminder of the importance of getting to know people around you — especially people who are different from you.

This sounds like such a simple concept. But it is a remarkable fact of life in Israel that Arab and Jews who are sharing the same air and the same space and the same hot, daily grind, whose lives are so intricately bound up on one another, for the most part barely speak to each other.

One of the most precious aspects about the Kids4Peace parent meetings is the discovery that, as parents, we are all pretty much the same. We all try to get our kids off the computer, we all try to get them to clean up their rooms, we all live for school plays, academic presentations, sports games, and we all really just want a nice life for ourselves.

Still, Thursday night, October 22, was a little different. This was the first time we were meeting in a context of violent tension. Many people at the meeting said that they don’t remember a time when Jerusalem was this edgy: when life had completely come to a halt as everyone seemed to be staying home.

People are so anxious right now that Kids4Peace held a phone meeting for parents a few days earlier, under the assumption that most would not want to come in person. Significantly, Thursday’s group proved them wrong and, despite the surrounding events, some 60-70 parents turned up, from all sectors of society.

As people began sharing feelings and experiences, one Arab woman described a scene that really shook me. She had been looking after her elderly father in the hospital for the past few weeks, which gave her a ringside view of the comings and goings in the hospital around terror attacks. One day, when a female soldier had been stabbed and badly injured, the hospital staff made visitors make room for them to wheel the victim through the corridors. As she stood with her 8-year-old son she had a jarring conversation with him. He assumed, she told us, that the victim was an Arab woman. The mother said, “No, she’s Jewish”

“I don’t understand,” the child replied. “Why would a Jew stab another Jew?”

“No, no,” she gently explained. “The attacker wasn’t Jewish. He was an Arab.”

The boy could not comprehend this. His mother recounted that in his mind, the only violence that exists is Jews hurting Arabs. This is all he knows, and it’s all he has seen. He had no idea that the violence goes the other way, too.

When he realized his mistake, he said, ”That’s okay then.”

The woman, who is a long-time peace activist from Jerusalem who currently works in hi-tech, was also shocked by part of the conversation. And she said plainly, “I failed as a parent.” How can her son ever justify violence, she painfully wondered out loud.

Tweet
Tags:
kids4peace peace in israel conflict in israel arab-israeli conflict
PINK BLOCKS BLUE BLOCKS? ON GENDER IN PRESCHOOL, B...
How Sukkot and Simhat Torah Are Evolving Into Femi...