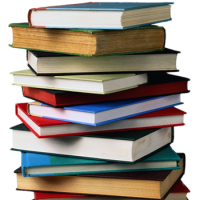 It has been quite a while since I’ve published book reviews, but this is not for lack of enjoying Jewish women’s books. I read some great books this year by Jewish women, some of whom I really love and follow adoringly. I owe sincere apologies to all the writers here for not being more diligent and effective in getting full-length reviews out there. They all deserve better than what I offered them. In any case, here are some quick reviews of books by Jewish women who are definitely worth reading:

This is the story of a music therapist and composer who confronts her own past and a tumultuous affair with a giant in the Jewish music world who also happens to be an abusive narcissist. Gold’s writing is evocative as always, and she winds her way through the streets of Jerusalem with the same emotive flair with which she navigates the intricacies of the human psyche. I particularly loved the way music is woven throughout the story, and how she captures the internal meanderings of a musician listening to the world (a baby’s cry in A, a bird song in G). Gold, in addition to being an award-winning novelist, is also the founder and director of the pioneering Jewish Fiction.net, which is the kind of place that makes you wonder how we ever managed without it.

Marjorie Ingall, a witty, smart and thoughtful writer and parent, shares sound and insightful parenting advice. The book is about raising children with independence, geekiness, laughter, passion, acceptance, a healthy dose of chutzpah, and sincere but non-intrusive spirituality. She combines humor with wisdom, research with common sense, stories of the past with contemporary realities. She has a wonderful ability to sew ancient texts and modern life together with one beautifully integrative stitch, as well as to find lessons of joy and humor within the madness.  I was impressed with her breadth of knowledge on an array of important topics, as well as her willingness to talk back to some commonly held misconceptions. Her treatment of praise, for example, and her exploration of the work of Carol Dweck (whom I also hold in high esteem), was one of the best sections of the book. I also really loved that she honored her exceptional mother, Carol Ingall (although I have very different experiences with feminism and motherhood). I actually follow the work of both mother and daughter and found a deeply moving inspiration in reading the feminist daughter write about her mother/ing that way. Reading about those relationships amid the formation of a parenting vision provided me with a powerful and personal corrective experience about mothering adult daughters.

In this part-parenting-part-philosophy volume, Rabbi Ruttenberg, a leading Jewish thinker and teacher, has crafted theological insights from the stuff of everyday parenting. She finds meaning while sitting on the kitchen floor in the middle of the night with a sick child, cleaning up bloody noses, and picking off lice. I love the way she talks back to centuries of Jewish practices that assumed that children were meant to be unseen, that prayer was meant for unfettered individuals, that a true Jew was envisioned as a man who had a woman at home taking care of all the invisible facets of existence that women have always known to be the real stuff of life. She writes lyrically about empathy and the challenge of learning to see the world through another being’s experience. Rabbi Ruttenberg strikes me as the kind of person who is engaged in philosophical dialogue seemingly in every moment of her life, using her parenting experience to push back against the likes of Martin Buber, Abraham Joshua Heschel, Ram Dass, and the rabbis of the Talmud. She is a compelling and thoughtful writer, and this book -- like Marjorie Ingall's -- would make a great Hanukah gift for new parents.

Helen Maryles Shankman In the land of Armadillos, Scribner, 304 pages

Okay, so full disclosure, Helen is my cousin and love her to bits. But that does not take away from my truly objective observation that she is one of the most brilliant Jewish writers today. Growing up, Helen was always my artist cousin, the one whose incredible talent was in colors and brushstrokes. But turns out that she is also capable of doing with words what she does with paints. Her writing is vivd and engulfing, like a mural fill of details and shadows that pull you in and keep you following the trail. It is the kind of writing that changes you once you read it. Her writing is also courageous, and she is willing to take on Holocaust fiction within the genre of fantasy and magic. (Her debut book, The Color of Light, was about vampires, art, love and the Holocaust. Just to give you a clue.) In this case she does a really gutsy thing of writing from a Nazi perspective. As a testament to her talent, she does this without ever losing the clear moral line about what the Holocaust was. It is a real gift to be able to put an intricate, human face on evil without losing the ethnical foundations of right and wrong. Moreover, you might think that in 2016, Holocaust literature has all been done. But Helen’s approach is astounding, confronting and new – derived from her experience as a member of the second-generation mixed with her unparalleled creative mind. This book has now been re-released under a new title, “They were like family to me”, although personally I like the “armadillos” title better. It does a better job job of capturing Helen’s totally unexpected and engrossing way of reading the world.

So again, for the record, I knew Ilana before she was famous. I always knew she would become an accomplished author, and have followed her writing for a long time. Yet, even with that knowledge, I did not anticipate how much I would love her debut fantasy novel. This book, about a lost world in which poetry was magic and music was power, follows an eclectic group of young men and women, each with a compelling and richly drawn character, as they battle for magic, and in which the fate of the whole world is at stake. The writing brings out complex characters that you feel like they are alive in your living room. Ilana has amazing talent in weaving stories that are both detailed and large. The book has received well-earned accolades everywhere. And I have also been enjoying reading interviews with Ilana, in which she has shared how her life in Israel informed this books. She has been crafting this epic story since she was a teenager. I can’t wait to read the next one in the series.

Fanny Neuda, Times of devotion: A prayerbook for Jewish women and girls for public and private prayer and women’s life events. With an introduction by Aliza Lavie. Yediot Aharonot [HEBREW]

Knesset Member Dr. Aliza Lavie, who was a feminist scholar and author before entering politics, is well-known for her previous book, A Jewish Women’s Prayerbook, which was translated into English some ten years ago. Since then, Lavie has continued her research into Jewish women’s prayer. “There is no such thing as women’s prayers,” she is often told, as she recalls in her introduction. Yet, Lavie discovered Fanny Neuda’s German prayer book for women written in German and published in Prague in 1855, and considered the book “pioneering”.  Indeed, its very existence challenges some popular ideas about the history of Jewish women. The book was also translated into English and Yiddish in the early 20th century and rereleased in Germany in 1936. With prayers and descriptions of a whole range of life events, the book offers a portrait of Jewish women’s spiritual lives.

If you have other suggestions for books, let me know!