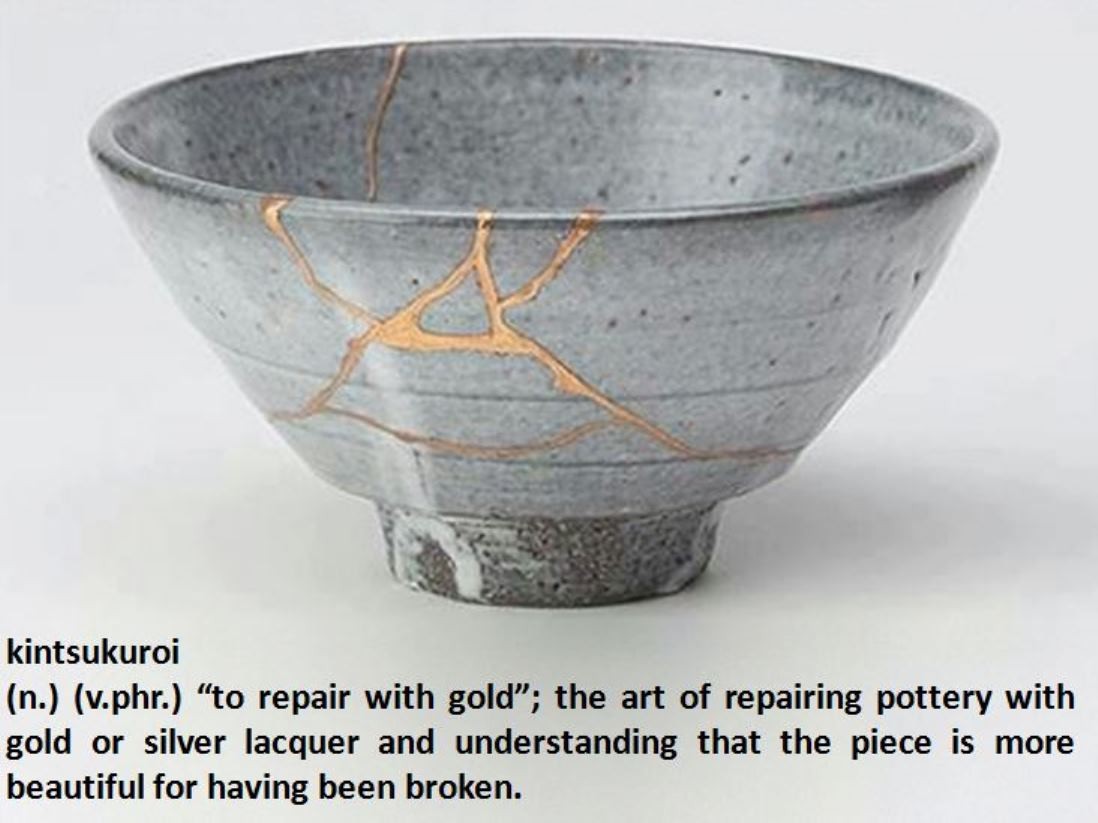 I gave my first session in Talmud this week at HUC, in my Introduction to Talmud class with Rabbi Alona Lisitsa. Even though I have learned this passage many times over the years, I read it with new eyes. Would love to hear your thoughts.

Rabbi Eliezer was a difficult guy. He lived albeit 1800 years ago, but the Talmud recalls his personality with such vividness that we can easily recognize the type –  you know, the one who does not let up no matter what, the one who is constantly screaming about the same issue and you all just want him to go away. We can feel in the text how much his colleagues and peers found him to be an annoying stickler. So much so that they excommunicated him. They ousted him, and they ruined his life, taking away everything that was dear to him – even as they knew that he was right about, well, everything. Can you imagine? He may have been right, but he was very much alone. His wife was so worried about his depressed state following all this that she would not let him recite the prayer of supplication (tachanun) that requires bending over. He was so down that she was afraid he would never get up. That is how affected he was by the fact that his colleagues refused to see things his way.

The story goes like this. According to the text in tractate Baba Metzia (59a), there was a dispute between Rabbi Eliezer and, well, everyone else, about the purity of a certain oven. According to the majority of the rabbis, this oven – called tanur shel achnai, or “The serpent’s oven” – lost its purity when it broke. Rabbi Eliezer says that even though it is broken, it was put back together with sand and should be treated as pure as every other oven. That entire debate takes exactly one line of the Talmud.

But then something happens. Something strange, mysterious, wild and crazy-making. Rabbi Eliezer does not take no for an answer. He continues to argue. He brings up every proof he knows. The other rabbis refuse to concede. He looks around. “If I am right,” he says. “This carob tree will prove it!” The carob tree jumps 100 meters (amot, actually). Some say 400 meters.

The rabbis didn’t flinch. “We don’t bring proofs from carob,” they said.

“If I am right, let this aqueduct prove it,” he said. The aqueduct quickly complied, and began flowing backwards.

The rabbis were like, meh. “We don’t bring proofs from aqueducts,” they sneered.

Rabbi Eliezer was getting frustrated with his impenetrable peers. “If I am right, let the walls of this study hall prove it,” he said. The walls started coming down, and only the intervention of Rabbi Joshua stopped them from landing on the entire study population. Legend has it that the walls stayed half-up, like the leaning tower of Pisa, till this day.

And yet, despite all these supernatural feats, despite the universe speaking to the rabbis and saying that this guy has an important point, they refused to pay any heed. They wouldn’t budge.

So Rabbi Eliezer went straight to God. “Let God prove that I am right,” he said. And sure enough, a voice came out from the heavens saying, “What do you want with Rabbi Eliezer? He is right about everything!”

The rabbis did not care. “It is not in heaven,” they said, quoting three words of a verse in Deuteronomy that probably had a very different meaning before it was coopted in this story. What they were trying to say here is that the Torah is no longer in the hands of God, and it is up to people to decide right from wrong.

This is quite a radical thing to say about the Torah. The idea that human beings can go against God is hardly a religious way to practice. I mean, our Israelite ancestors went to a lot of trouble to preserve not only the letters of tradition but also the veneer that everything was given at Sinai. Here the rabbis gave a completely different reading in which they said, forget transmission. We are creating our own set of rules.

This is possibly the first post-modernist reading of notions of truth that we have. “These and those are the words of the living God,” the rabbis said. Meaning, Rabbi Eliezer may think that he knows truth – he may even have God agreeing and saying that Rabbi Eliezer speaks truth – but that is irrelevant. Everything is truth. Or maybe, there is no such thing as truth. Or maybe, truth doesn’t even matter. In fact, the word for aqueduct is “amat”, which has the same letters as “emet”, which means “truth.” So if you read the text without knowing what vowels are supposed to be there, the rabbis were saying, “We don’t bring proofs based on truth.” Truth is not an issue.

It reminds me of the story about what happened when philosophy departments opened up to women in the 1940s and 1950s. Prof Sara Delamont writes about this in her book, “Changing women, unchanging men”. She says that women philosophers were trying to get into the academy for so long, banging on the door until the men who dominated the academy had no choice but to let them in. And as soon as they did, the first thing that happened was the invention of Post-Modernism. Women were saying, We have a truth. The truth is: Equality matters -- especially, gender equality. It is not up for compromise. And the men responded by saying, there is no such thing as truth. All perspectives are equally valid. Feminism, misogyny, these are all the same. And that is how Post-Modernism came to be.

Just as women began to fight for our belief system, all beliefs were rendered equal. And so even as women won, we lost. In post-modernism, or in the age of "these and those are living truths", everyone wins. Except the person who believes that certain truths are immutable.

But of course, this notion of multiple truths has its place. This text is so often used to prove the beauty of dispute in Judaism. Multiple truths. All views are okay.

Although in practice, they are not. We are not a culture that accepts diversity easily. The vitriol against non-Orthodox Jews, especially in Israel where non-Orthodox streams of Judaism are formally deprived of basic rights like the right to marry who I want how I want, demonstrates that even though this text teaches that “These and those are words of the living God,” in practice, only one kind of interpretation is considered valid. So much for acceptance and tolerance.

Anyway, that’s not the point. Rabbi Eliezer does not accept that all truths are equal because for him, they are not equal. He has a very important point to make. There are some issues about which there is only one truth. And this is crucial.

Why on earth is he being such a stickler about a dumb little oven?

I mean, if this doesn’t represent the rabbinic obsession with minutia, what does?

Hah, I used to think that too. But then I started asking myself a simple question: Why is Rabbi Eliezer so upset about this oven?

And then I looked at the oven. And then I understood.

This is an oven that has been broken. And has been put back together. Rabbi Eliezer is trying to say that this oven should be treated like every other oven, fully whole.

He is going to battle for the sake of the broken oven. The broken-and-put-back-together oven.

It is like the Japanese practice of Kintsugi (or Kintsukuroi, which means “golden repair”), the centuries-old Japanese art of fixing broken pottery with gold, which celebrates brokenness instead of treating it with shame.  Or as Leonard Cohen sang (my classmate Dana Sharon reminded me), “There is a crack in everything; that’s how the light gets in.” Or as Sherri Mandell, mother of the late Kobi Mandell who was killed in a terror attack in 2001, wrote in her book, “Blessings of a broken heart”, “I could have stayed in bed the rest of my life mourning him. I could have remained broken, resenting my life, my lot. But there is something in me that refuses to be broken, no matter how intense the pain, something that moves toward the light.”

Brokenness. The acceptance and even celebration of brokenness -- in ourselves and others. This is beautiful. Intensely, profoundly beautiful. In fact, it may be everything we need to know about the human spirit.

I think that maybe Rabbi Eliezer was fighting to get the rabbis to see the beauty and purity of the broken vessel. But all they saw was the brokenness. For some of us, the practice of trying to heal out brokenness is what makes us human.

I appreciate the beauty of seeing multiple truths. I know that there is a wonderful place in the world for the practice of opening up to other perspectives.

But sometimes, for some things, there is only one truth.

Compassion for the broken vessel.

I get that. I feel that too. I feel Rabbi Eliezer’s pain.

I suppose most people have our lines in the sand. The question is, what do we consider immutable? Are we going to battle over other people’s sexual practices? Are we putting up walls about how other people get married or choose a religion? Or are we saying that what cannot be compromised on is compassion?

Rabbi Eliezer I think is trying to teach us a lesson in compassion. He is trying to help us see other people’s brokenness as beautiful. This, to me, is very God-like. It is in fact the essence of what religious and spiritual practice is meant to be. Not all that other stuff that so often passes for religion. It’s this.

Are Jews really chosen? Or are all religions really the same?