What happened to the women erased in the biblical genealogy? 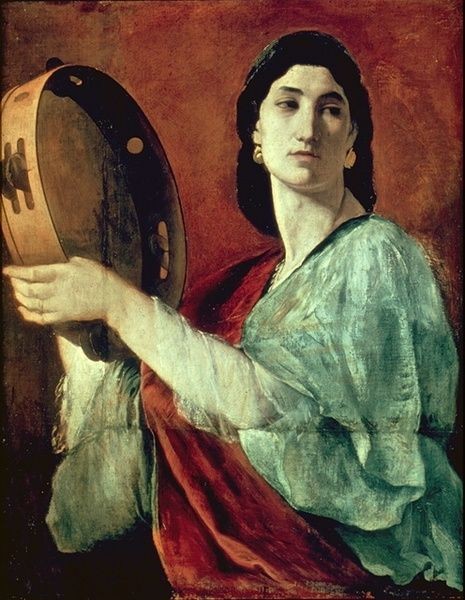 Following up on my previous post, this is the essay I wrote after my first one was rejected. They published it, only after deleting several sections about Miriam's life and about gender in Jewish life. It was incredible to me. In an essay about the many ways women's lives are erased, they erased women's lives. I'm publishing this here in full and not bothering to link to the publication because my experience with them was infuriating. Eager to hear your thoughts.

Parshat Va'era is one of the most dramatic portions of the Torah. As the opening act of the Exodus story, this portion recounts seven of the magical plagues that Moses and Aaron imposed on the Egyptians following the refusal of Pharaoh, one of the most powerful leaders of his era, to release Israelites from slavery and oppression. To wit, several blockbuster movies were made about this portion, probably more than any other segment of the Bible. It's a big deal.

But the portion is significant not only for its theatrical value. The text pauses and gives us a glimpse into some of the lesser discussed biblical agendas. In fact, smack in the middle of the story, we read a rundown of the genealogy of Moses and Aaron. This is not a census of the Israelites, nor is it a moment of someone's death. It comes seemingly in the middle of a story. Moreover, it is not a complete portrait, which makes it odd. In fact, on close read, we see that it is not exactly a comprehensive lineage but rather a very specific rendering of the history of the priestly tribe. It seems to have a particular purpose: to remind us not only of the birth of the Israelite nation, but also about the emergence of Moses and Aaron as the first great priests.

In some ways, the lineage chapter reads like many other genealogical chapters in the Bible. After all, the biblical texts serve not only the purpose of story-telling but also of record-keeping, so these generational maps appear every few chapters as a reminder of where the key characters are located in the historical line-up. Here, too, in chapter six of Exodus, we are given some data like in other places, about fathers, sons, brothers, and grandsons.

However, in other ways, the information is very selective. For example, the chapter begins to list the heads of the tribes, but stops at Levi. We find out the bare minimum about the heads of the Reuben clan, which is the oldest, then a verse about the Simeon clan, which is the second in age order, and then a full twelve versus about Levi, the third child, from which Moses and Aaron emerged. Then we are told, that "This is Aaron and Moses who God said to lead the children of Israel out of Egypt…who talk to Pharaoh the king of Egypt to take the children of Israel out of Egypt, on the day that God spoke to Moses in Egypt" (Exodus 6;27-29). And then the Exodus continues, without telling us about the other nine tribes. Clearly the chapter has an agenda. It's about placing Moses and Aaron as the right people for this job, based on their lineage, which will then continue to justify their roles as eternal heads of the priestly clan.

Another interesting part of this segment has to do with the role of women. Here, in this almost entirely male recounting, we get a brief glimpse of the lives of three women. That should make us look up and take notice.

Certainly, we are accustomed to the near-complete absence of women from these lineage-chapters in the Bible. We take for granted that biblical lineage is a guy thing. However, Professor Rachel Elior, however, who has done extensive research on the Dead Sea scrolls, argues that the choice of male-only genealogies is also part of an agenda. In fact, she says, many scrolls that have been discovered include both male and female ancestors and descendants. Although we cannot be sure why the male-only texts were eventually chosen to be in the canon – Professor Elior argues that it is because of the reluctance of the editors to admit that the world would have begun with incest, with the male and female sibling children of Adam and Eve progenerating – the fact is that the choice of male-only lineages has a very pronounced role in our communal subconscious bias. It is one of the most powerful tools for maintaining patriarchal perceptions and practices in Jewish life. The idea that only sons count, that only men take on official titles and roles, and that only men were priests, justifies many practices in our tradition. It is one of the key influencing cultural factors in so many communities only men count for a prayer quorum, only men can be rabbis, and only men can take on roles such as judges, priests, and even witnesses. Moreover, even in liberal communities that have broken down some of these practices over the past 30-40 years, perceptions of Jewish leadership as male are still pronounced. The domination of men not only in the rabbinate and in "priestly" clerical roles but also in areas such as lay leadership, salaries, inclusion on panels, and more, are unfortunate facts of Jewish life across communities. (See here an infographic on the topic.)

Yet, despite this nagging perceptions that Jewish religious and communal leadership is male, in this portion we get a glimpse that this does not have to be that way. In fact, in this brief lineage of Moses and Aaron, three women are mentioned, one even by name. We are told that Simeon's son Saul had an unnamed Canaanite mother (6;15), that Amram' the father of Moses and Aaron, took his cousin Yocheved as his wife (6;20), and that Elazar the son of Aaron took the daughter of Putiel as his wife (though we have no idea who Putiel was or whether he was even from the Israelite clan) (6;25). We have no way to know why these particular details were included in the chapter, or what the significance of these women were. But these are clear indications that women existed, that sometimes women were valued, and that when it suited the interests of the biblical editor, women were remembered.

Unfortunately, one of the women whom I would have particularly appreciated learning about was not included. That is, Miriam, the sister of Moses and Aaron, who later on is described as a prophetess who led the women at the splitting of the Red Sea, is completely absent from this chapter. It's as if she didn't even exist. The erasure of Miriam is a profound loss to us. The little we have on Miriam indicates that she was a bold, courageous, quick-witted, musical, and much-beloved leader – from the time she was very young. And yet we know nothing about her. Was she married? Did she have children? Were any of her prophetic texts recorded anywhere? What did she say? What did she believe? What did she do? What was her role during the ten plagues? Nothing. We have none of that information, not from this portion or any other portion of the canon.

We cannot do anything to get back Miriam. But we can make sure that the Miriams of our time do not suffer the same fate. We can make sure that today, we cherish our women leaders, we give them platforms and voices, we celebrate their ideas and accomplishments, and we release our communal unconscious bias about gender and leadership.

The future of the Jewish people can be female-led. That would be a blessing for all of us.

Tweet
Inauguration: I'm breathing again
What if Moses were a woman? Here's what would happ...