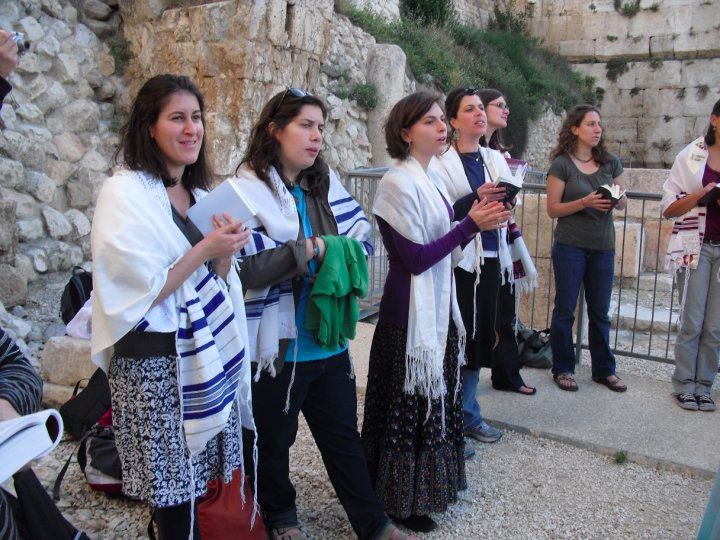 It’s hard to be a feminist in Israel today. You walk around thinking that it should be obvious that women are equal human beings, fully capable of living independent, free lives. But that belief is challenged in every corner of your life, every day.

Sure, there are some signs in Israel that women are doing great. We have women pilots, women as heads of the Supreme Court, and even a woman Nobel Prize winnerin science. We once even had a woman prime minister, elected back in the sixties. Indeed, today more bachelor’s degrees are handed out to Israeli women than to men. All these are nice little snapshots of a country where there is a possibility of women to make real advances.

But these snapshots are only part of the picture. Looking deeper, they do not reflect the reality on the ground.

Take the issue of women in academia, for example. The bachelor’s level is where equality ends. There are more women than men in universities, but fewer female professors. In fact, as the professional level rises, men outnumber women in increasing proportions, like an inverted pyramid. Men are promoted more and more, despite a larger pool of women. This obnoxious pattern has persisted for decades.

Or take women in politics. Although the number of women Knesset members has increased gradually over the past 15 years, we are still below 30% female representation. What’s worse, on the municipal level only two out of the 230 cities in Israel have women mayors. It is an appalling statistic. And by the way, even though we have had several women heading the Supreme Court, all told only 10 out of 64 Supreme Court justices.

The issue of women in the army is also a problem. Although the army has also been slowly including more women in coveted positions many of the most elite units are still all male. Women’s positions are also under tremendous threat from the pressure to conscript more religious soldiers – whose first demand is always to remove women’s presence. The army is reportedly building an all-male base, and already a few weeks ago women soldiers were asked to leave the mess hall when religious soldiers needed to eat. Get ready for more of that. All of this somehow makes sense to the army establishment. And that’s because in general there is an entire sexist culture in the army which assumes women to be weaker, lesser, not serious. My daughter, a Captain in Intelligence in the IDF, constantly tells me stories of the grassroots sexist culture she experiences. Sure, women can rise to certain places, but the sexism remains ubiquitous.

This in turn affects the entire culture of women in business. Israel is heralded as a hi-tech haven, and yet women are systematically excluded from that world, where business relationships are usually culled from those elite army units where women are usually absent. Women head fewer than 8% of top hi-tech companies in Israel and are a mere 16.6% of board members all told. Women are often just not seen, like in the bestselling book “Start Up Nation”, which made Israel out to be some kind of hi-tech wonderland, but barely interviewed women at all, and didn’t even bother questioning the biased gender culture of this wonderland. (Another best-seller, Ari Shavit’s “My Promised Land”, also has almost no women interviewees. And whenever a woman does appear in the book, she is described first of all for her looks.)

Read the rest at The Forward Sisterhood

Tweet
pinterest
Tags:
zionism women in Israel yom haatzmaut sexism
Have you signed up for the Jewish Feminist telecou...
Be inspired by 67 amazing women in Israel 2015 – T...

68 facts about gender and equality in Israel