Pantsuits, Petitions, and Politics: Why I am still fighting the fight..... 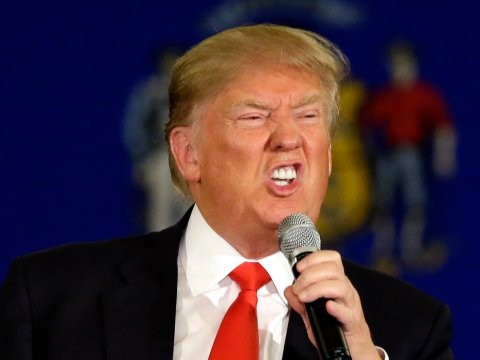 The depths of anguish, depression and despair over the past two weeks (has it only been two weeks?) are unlike anything I have ever experienced. I think that a lot of people who were rooting for Hillary Clinton are in a similar state. Some have joined or created Facebook groups for support and actions. Others have gone off social media altogether. And many are wandering around in a half-daze, getting through their lives in the way one does after having been unexpectedly punched in the gut.

It is hard to know what to do next. The realization that so many seemingly normal people have put this person in office, a person who is an admitted cheater, racist, and sexual predator, a guy who is a textbook narcissist and demagogue, the one who surrounds himself with the worst of humanity -- white supremacists who believe that white men are literally genetically superior to everyone else -- is really too much to wrap your head around.  How do you walk through your life knowing that these are the beliefs of so many people you have connections with?

And it's not abstract. There is a very real trickle-down trump effect. My feeds are filled with stories of everyday aggression and violence. People are sharing stories of racism and homophobia at check-out counters, in malls, in parking lots, at the gym, and at home. I have read about several divorces that resulted from the election -- that is, from the outing of trumpism in real life. People who like trump because he gives them permission to air their dark sides, their abusiveness, and their hatred, are now let loose on society. Anyone who complains about "pc police" -- basically saying that they are tired of having to consider other people's feelings and experiences -- have been given the legitimacy to now speak without restraint. It is as if all those great lessons from kindergarten -- be nice, be kind, be considerate, don't bully, don't name-call, don't mock others, treat everyone as equals -- are all thrown out the window.

it is a truly frightening time.

And it has been, in many ways, paralyzing.

But I have made a conscious decision to keep on fighting. My words are my tool of choice. I will keep on writing and sharing words. You can read more about this here.

If you want to be part of the discussion, if you want to work together to figure out how to stop the spread of hate in our world,

Like a phoenix rising back to life: A special event to help us come to terms with our new world

From Weinstein to Trump to the Talmud: Lessons on being a woman in this world, then and now